A team of German astronomers has discovered two super-Earths near the red dwarf star Gliese 887 and just a short 11 light-years away from Earth.

Super-Earths are planets with a mass greater than Earth’s, but less than those of the ice giants Uranus and Neptune. The two exoplanets — or planets located outside of our solar system — were named Gliese 887b and Gliese 887c, respectively.

Working as part of the Red Dots campaign, University of Gottingen Astronomer Sandra Saffers authored a study on the exoplanets published in the journal Science on Thursday.

“These planets will provide the best possibilities for more detailed studies, including the search for life outside our solar system,” Jeffers wrote. 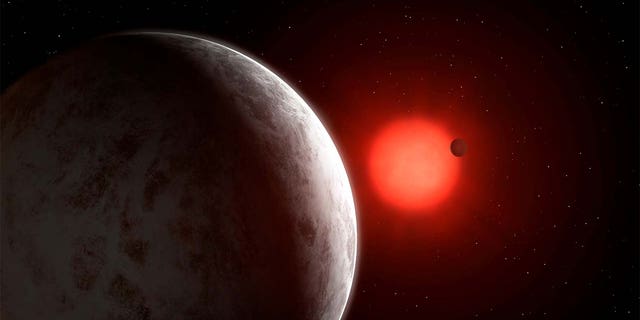 Using a technique called the “Doppler wobble,” they found the planets to have orbits of just 9.3 and 21.8 days — faster than Mercury’s highly elliptical 88-day orbit.

Gliese 887b and Gliese 887c are located near their star’s habitable zone, an area where liquid water may potentially exist. That said, measurements of Gliese 887c suggest a surface temperature of 158 degrees Fahrenheit or 70 degrees Celsius.

In addition, these Super Earths could potentially be rocky planets — much like Mars and Earth.

Plus, Gliese 887 is fairly calm for a red dwarf star. Red dwarfs — although smaller and dimmer than our sun — will often blast out energetic flares than can destroy a planet’s atmosphere.

Red dwarf systems make up about 70 percent of the Milky Way’s stellar population.

The University of Gottingen affirmed Thursday that favorable conditions on Gliese 887 mean “the newly discovered planets may retain their atmospheres, or have thicker atmospheres than the Earth, and potentially host life.”

Saffers’ research also suggests that our exoplanet neighbors could eventually be good targets for NASA’s much-delayed next-generation James Webb Space Telescope — a successor to the Hubble Telescope which may be able to provide more information including whether or not the Gliese 887 exoplanets have atmospheres.

The team also found detected a signal further out that could correspond to a possible third planet which may be even more suitable to life.

According to NASA, more than 4,000 exoplanets have been discovered in total and are considered “confirmed.” However, there are thousands of other “candidate” exoplanet detections.

Since the first Super Earths were discovered in the early 1990s, the number of known exoplanets has doubled about every 27 months.

How to watch the buck moon lunar eclipse this weekend

On July 4 Earth is furthest from the sun

SpaceX launches first mission for the US Space Force

How will astronauts poop on the moon? New NASA Toilet challenge aims to flush this mystery 3 min read

How will astronauts poop on the moon? New NASA Toilet challenge aims to flush this mystery